I study extreme light-matter interactions using ultraintense, ultrashort pulse lasers and supercomputing. Most of this work is done locally in collaboration with my colleagues in the OSU High Energy Density Physics Group using our 400 TW laser, Scarlet, and the Ohio Supercomputer Center. I also use facilities around the country and in Europe. 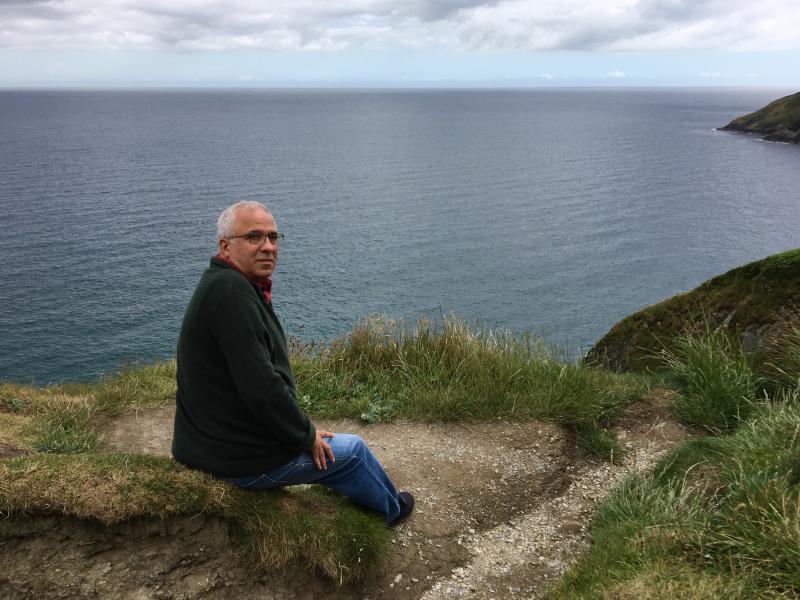 A copy of my curriculum vitae is available here: CV [pdf]

I study the interaction of intense light with matter. For the lowest intensities I explore, this is the domain of nonlinear optics including such spectacular phenomena as white light continuum generation and filamentation. At somewhat higher intensities this becomes laser damage, known in other contexts as laser surgery or laser machining. At the highest intensities this is the domain of relativistic laser plasma physics. In this regime electrons are accelerated close to the speed of light in a fraction of an optical cycle, lasers becomes sources of x-rays, gamma rays, electron and ion beams, antimatter, and unusal states of matter that can only be found naturally in the cores of planets or the interiors of stars.

Below is a picture of the Scarlet laser bay and one of an early set of liquid crystal films. The films are different thicknesses giving rise to different colors from thin film interference. We use these films as novel targets and optics. 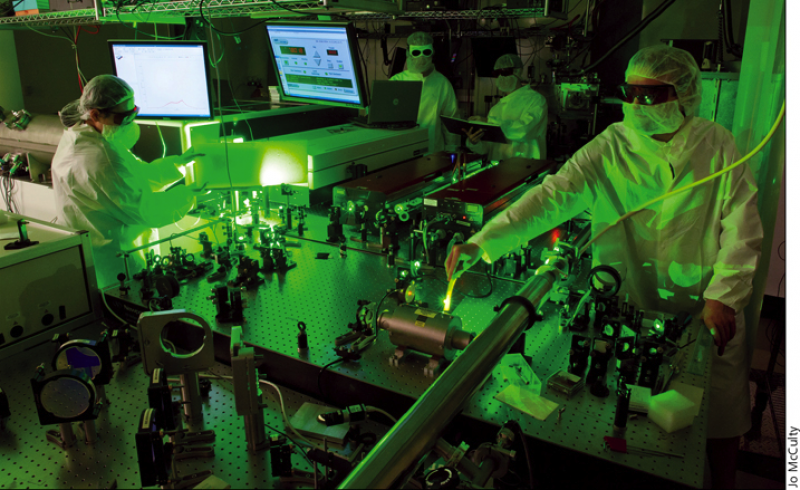 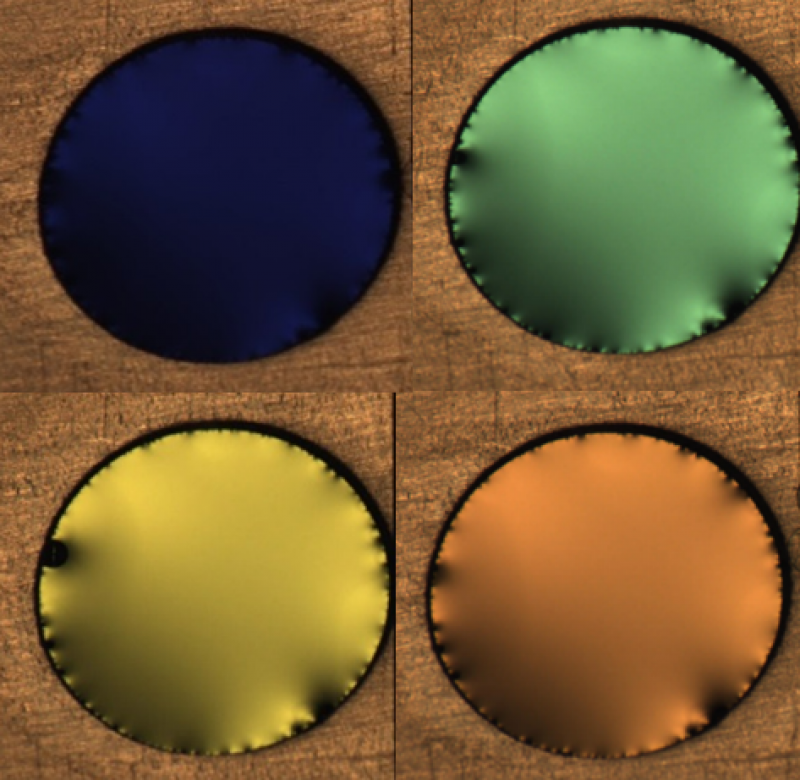 I've kept this section for nostalgia from an old web page. Following are just some pictures from my first lab located in Smith Lab.
The main laser system in my lab was based on Ti:Sapphire and produced 60 fs pulses with 1 mJ/pulse at a 1 kHz repetition rate. The pulses could be shaped using a LCD based pulse shaper. Below are two pictures of the laser system. It occupied a single 10' x 4' table. We also had numerous dye lasers for atomic excitation. 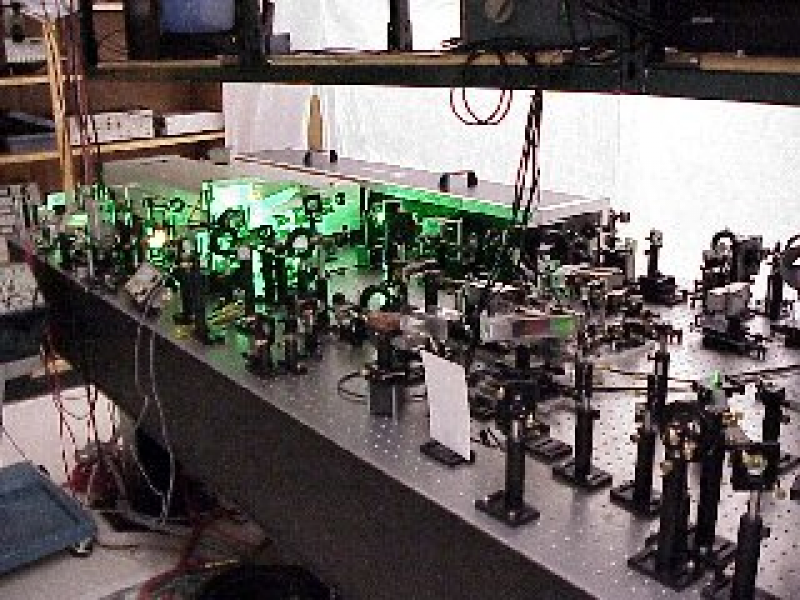 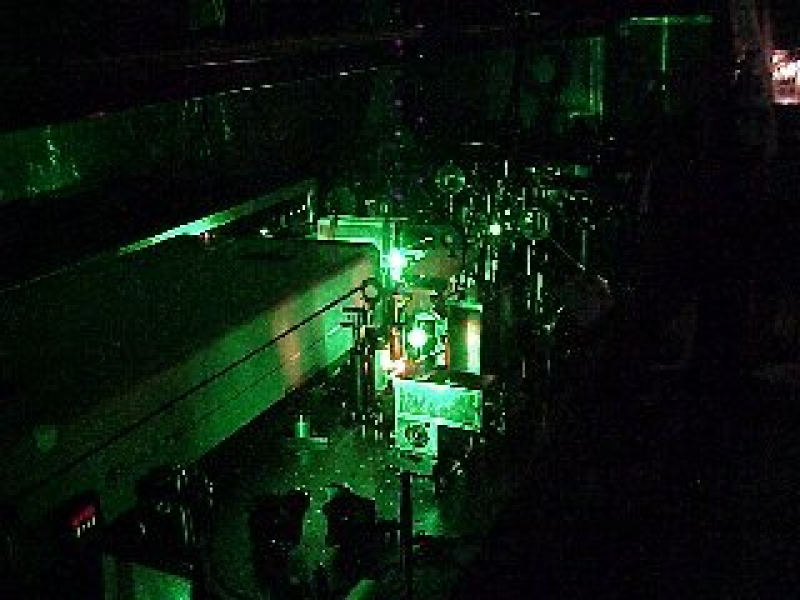 Here is what continuum generation looks like. Shown below is the result of sending our laser pulses through 1 mm of pure sapphire at a pulse energy around 2 uJ. The pulse energy increases slightly from left to right.

Here is continuum generation from a microstructure fiber using 1 nJ pump pulses (but lots of them).

[pdf] - Some links on this page are Adobe .pdf files requiring the use of Adobe reader. If you need them in a more accessible format, please contact osu.hedp@gmail.com