The Scarlet laser is an ultra-intense, short pulse, laser system at The Ohio State University’s High Energy Density Physics group.  Scarlet is a 400 Terawatt (TW) laser with an output of 15 Joules (J), in 40 femtoseconds (fs) at a rate of one shot per minute.

The Scarlet laser front end is a commercially available titanium doped sapphire (ti:sapp), chirped pulse amplification (CPA) kilohertz laser with an output of 200 micro Joules in 25 femtoseconds.  After the front end, the laser is sent through a pulse-cleaning apparatus called a cross-polarized wave generator (XPW), which helps achieve a pre-pulse contrast ratio of 1010:1 at the 40 TW level.  The laser then propagates through an additional pulse stretcher (designed by Enam Chowdhury) followed by a 2-pass ti:sapp amplifier.  Now, the laser is pulse picked down to 10 Hz by a Pockels cell followed by a 5-pass and 4-pass ti:sapp amplifiers.  Following these two amplifiers is another Pockels cell, which brings our rep rate down to one shot per minute. 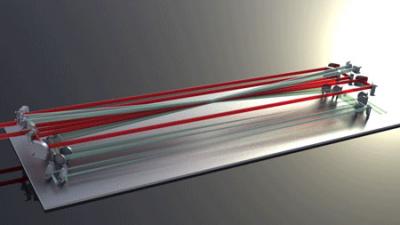 Bringing the laser to the 400 TW level required the addition of a final 3-pass ti:sapp amplifier.  This final amplifier is pumped with 50 J of green lasers.  Now, the laser will propagate in vacuum to a compressor, which utilizes a pair of diffraction gratings measuring 36 cm and 56 cm in length.  After compression, the laser continues, in vacuum, through a pellicle chamber, towards the target chamber.  The pellicle chamber serves to isolate the compressor chamber from the target chamber by holding a 4 micron thick pellicle at Brewster angle.  Once the beam enters the target chamber it is focused to a 5 micron focal spot which impinges on an engineered and expertly aligned target. 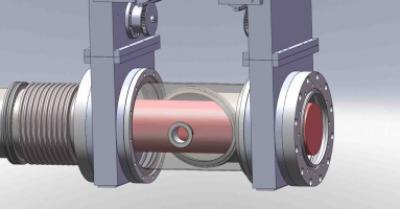 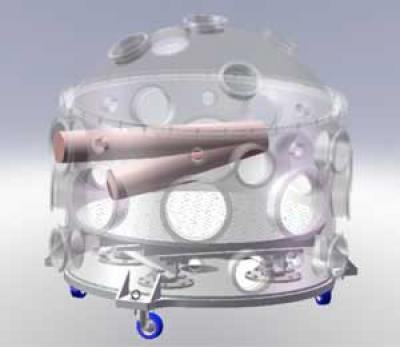 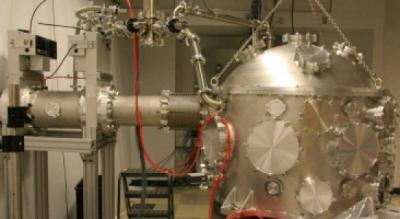 This 15 J, 40 fs pulse laser will fire at full power once per minute and reach intensities at focus of 1021 W/cm2.  The resulting laser delivers more power in one shot than the world’s total annual power consumption.