High intensity lasers create energetic protons when the laser interacts with a material. A simple acceleration mechanism, Target Normal Sheath Acceleration (TNSA), works by the laser heating up the electrons in the target. These are quickly accelerated and driven out of the target, but due to the now positive charge of the target are confined to the back of the target. This charge separation sets up massive electric fields (TV/m) which accelerate the protons that lie on the back of the target, usually contaminants like water and hydrocarbons (oils). The proton beam, which is reasonably collimated and accelerated in the target normal direction, has many applications. 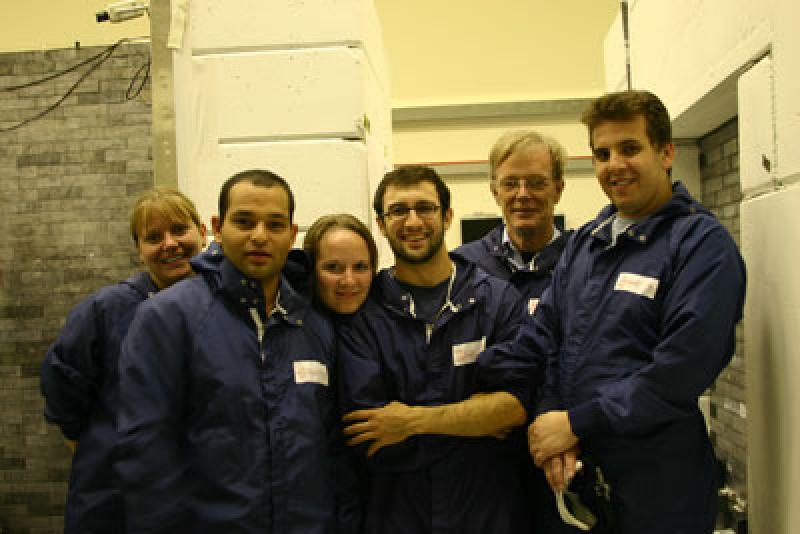 Proton therapy, using protons as a form of radiation therapy for cancer, is rising in popularity. Due to the fact that protons deposit their energy at the Bragg peak, using protons is an effective way to reduce damage to the surrounding healthy tissue when aiming for a tumor. The main stumbling block for wide spread use of this form of treatment is the cost and size of the facilities. Currently accelerators are large and expensive and can cost upwards of 500 millions dollars. Laser sources for protons is a possible inexpensive alternative, being much smaller and less expensive.

Proton radiography is an important diagnostic tool. Protons are charged particles and thus they can be stopped or slowed in matter and their paths are curved by electric and magnetic fields. By measuring the proton path and flux, one can determine information about the nature of the fields and the material through which they pass. This is useful in situations one cannot probe easily with other techniques such as dense plasmas.