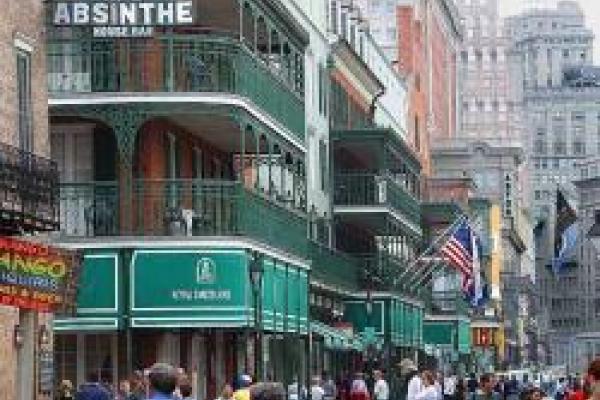 Ginevra Cochran
Intensity-dependent criteria for PIC simulations of relativistic electrons in a laser field
We present a study of particle-in-cell simulation error in modeling a free electron in an ultraintense laser field, comparing the codes PSC and LSP. We find an unexpectedly small timestep is required for both codes to resolve the classical electron motion, decreasing with increasing ao, the normalized vector potential. We consider grid dispersion, the field solver, and the particle pusher as sources of error, and find by comparing the codes with a simple particle pusher that the particle pusher error dominates the results. We derive the constraint imposed by use of the relativistic Boris particle pusher on the timestep and find that it must decrease inversely as ao. We find the particle pusher error accumulates on the small trajectory segments where the gamma-factor is approximately unity and the laser fields are strong, and present a sub-cycled version of the simple particle pusher code which reduces error.
This work was supported in part by an allocation of computing time from the Ohio Supercomputer Center.
This work was supported by U.S. Department of Energy Contract Nos. DE-FC52-06NA26262 and DE-FG02-04ER54742, and National Nuclear Security Administration Contract No. DE-FC52-08NA28512.

Sheng Jiang
Enhancing Bremsstrahlung Radiation using Front Surface Target Structures
X-ray or γ-ray sources generated by laser solid interactions have many potential applications in different fields including X-ray radiography, pair production and photonuclear physics. Recent studies with 3D PIC modeling have shown that large scale front-surface target structures can significantly increase the energy and narrow the angular distribution of hot electrons compared to that for a regular flat target.\footnote{S. Jiang, A. G. Krygier, et al., Phys. Rev. E 89, 013106 (2014)} These characteristics of electrons are crucial for further Bremsstrahlung production using a high-Z converter target. The corresponding Bremsstrahlung radiation covers a wide energy range and can be as high as 100 MeV. By performing the Monte-Carlo simulations we find that the peak γ-ray brightness is 6.0*1^19s^−1mm^−2mrad^−2 at 10MeV and 1.4*10^19 s^−1mm^−2mrad^−2 at 100MeV (0.1{\%} bandwidth), which is comparable to other tunable γ-ray sources. The brightness for high energy γ-rays (\textgreater 50MeV) is one or a few orders of magnitude higher using the structured target than the flat target. Simulation and preliminary experimental results will be presented.

Frank King
Simulations of High Intensity Short Pulse Lasers Incident on Reduced Mass Targets Using LSP
We present the results of a series of fully kinetic 2D simulations using the PIC code LSP for the study of the heating and deformation of reduced mass targets. These simulations model a full scale laser pulse incident on full scale targets as a function of intensity, spot size, pre-plasma, and target lateral extent and thickness. We observe that the target deformation and heating has a strong dependence on intensity of the laser pulse and creation of a shock in the target. We also include a comparison of 2D and 3D kinetic runs that allows us to compare temperatures.

Andrew Krygier
Selective Deuteron Acceleration and Neutron Production on the Vulcan PW Laser
Fast neutron sources are important for a variety of applications including radiography and the detection of sensitive materials. Here we report on the results of an experiment using the Vulcan PW laser at Rutherford Appleton Laboratory to produce a nearly pure deuterium ion beam via Target Normal Sheath Acceleration. The typical contaminants are suppressed by freezing a μm's thick layer of heavy water vapor (D2O) onto a cryogenic target during the shot sequence. Neutrons were generated by colliding the accelerated deuterons were into secondary targets made of deuterated plastic in the pitcher-catcher arrangement. Absolute yields for deuterium ions and neutrons are reported.

Matt McMahon
First PIC simulations modeling the interaction of ultra-intense lasers with sub-micron, liquid crystal targets
We recently introduced liquid crystal films as on-demand, variable thickness (50 -- 5000 nanometers), low cost targets for intense laser experiments [POP 21, 063109 (2014)]. Here we present the first particle-in-cell (PIC) simulations of short pulse laser excitation of liquid crystal targets treating Scarlet (OSU) class lasers using the PIC code LSP. In order to accurately model the target evolution, a low starting temperature and field ionization model are employed. This is essential as large starting temperatures, often used to achieve large Debye lengths, lead to expansion of the target causing significant reduction of the target density before the laser pulse can interact. We also present an investigation of the modification of laser pulses by very thin targets.
This work was supported by the DARPA PULSE program through a grant from ARMDEC, by the US Department of Energy under Contract No. DE-NA0001976, and allocations of computing time from the Ohio Supercomputing Center.

Robert Mitchell
Adapting Particle-In-Cell simulations to the study of short pulse laser damage
We present novel Particle-In-Cell (PIC) simulations of the full femtosecond-pulse laser damage process and the resulting damage spot morphology. At the heart of these simulations is the implementation, for the first time, of a Lennard-Jones pair potential model (LJPPM) for PIC codes. The use of PIC facilitates the first ab-initio treatment of realistic target sizes, retaining the strengths of PIC including self-consistent treatment of the laser-particle interaction and subsequent generation of plasma waves and electron heating, while the LJPPM allows a PIC code to treat a system of particles as a medium which can ablate, melt, and resolidify. Combining these two approaches, we model the effect of a femtosecond-pulse laser on metal targets near and above the damage threshold and compare to recent experimental results. In particular, we present the first simulations of the emergence of Laser-Induced Periodic Surface Structure (LIPSS) upon femtosecond-pulse laser irradiation.

Patrick Poole
Liquid crystals as on-demand, variable thickness targets for intense laser applications
Laser-based ion acceleration is currently studied for its applications to advanced imaging and cancer therapy, among others. Targets for these and other high-intensity laser experiments are often small metallic foils with few to sub-micron thicknesses, where the thickness determines the physics of the dominant acceleration mechanism. We have developed liquid crystal films that preserve the planar target geometry advantageous to ion acceleration schemes while providing on-demand thickness variation between 50 and 5000 nm. This thickness control is obtained in part by varying the temperature at which films are formed, which governs the phase (and hence molecular ordering) of the liquid crystal material. Liquid crystals typically have vapor pressures well below the 10−6 Torr operating pressures of intense laser target chambers, and films formed in air maintain their thickness during chamber evacuation. Additionally, the minute volume that comprises each film makes the cost of each target well below one cent, in stark contrast to many standard solid targets. We will discuss the details of liquid crystal film control and formation, as well as characterization experiments performed at the Scarlet laser facility.